Hi everyone! Today is a good day, it feels great. It’s actually 64 here in Kentucky, in January I might add. Which is crazy but I’m not complaining.

So yesterday I made this easy sopapilla recipe and today I want to share it with you.

Sopapillas are fried pastries that are popular in Tex-Mex cooking and are often served as a dessert.

I however took the easy way out and made them with flour tortillas. Afterall we all deserve a break every now and then am I right?

After making chicken quesadillas the other day I still had some tortillas left over. So I thought why not make sopapillas.

It literally took less than 5 minutes. 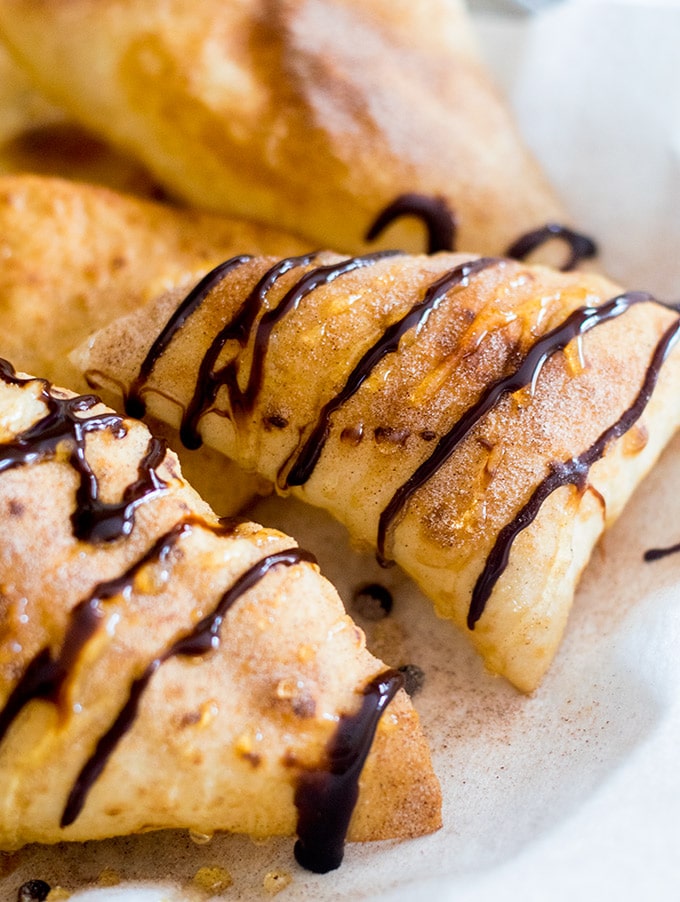 Before dealing with the tortillas, heat up enough oil for frying in a cast iron skillet over medium heat.

Now take three or four flour tortillas and make sure they are stacked neatly one on top of the other as shown below. Cut them into four triangles as shown below. 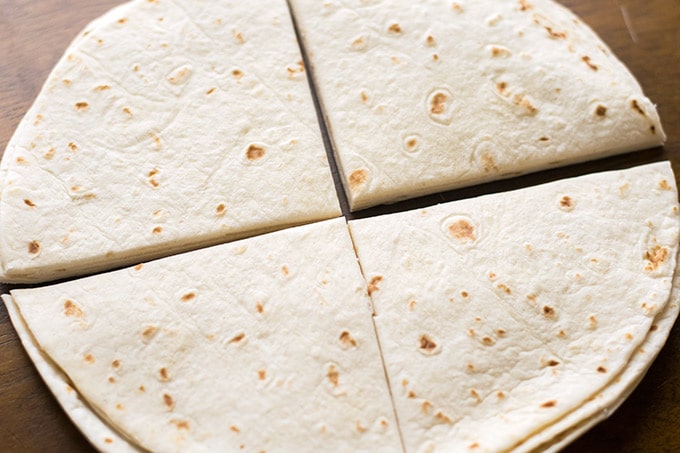 Once the oil is hot.  Fry one or two at a time over medium heat. After the sopapilla puffs up flip to the other side and continue to fry until it turns a golden color.

This process should take less than a minute. 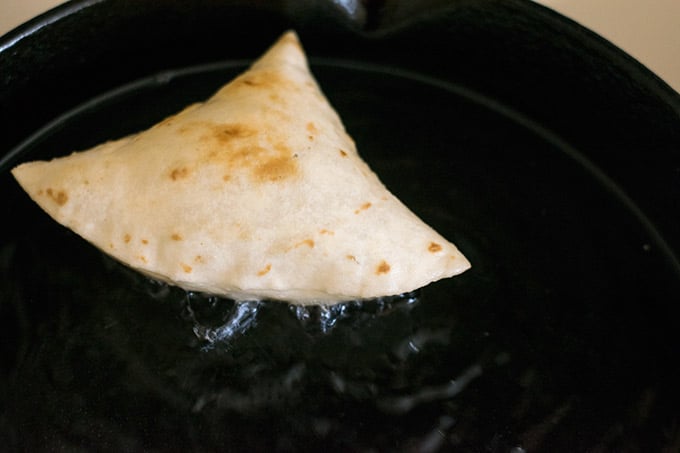 It’s important to do this immediately so that the cinnamon-sugar will stick. 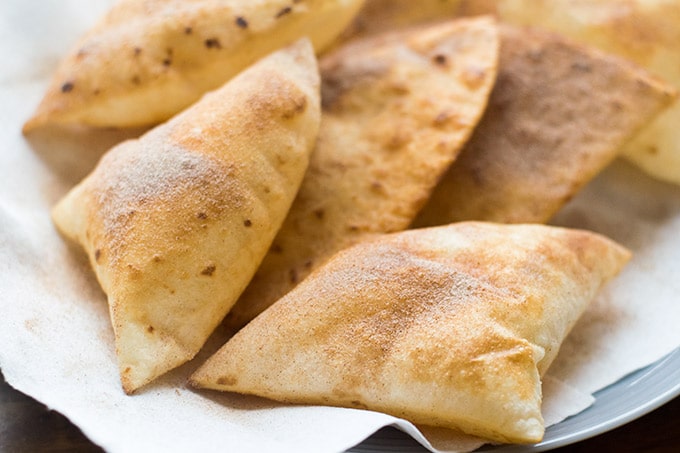 Drizzle honey and chocolate syrup over the sopapillas if desired. This is totally optional. You could also sprinkle them with powdered sugar, that would be amazing! 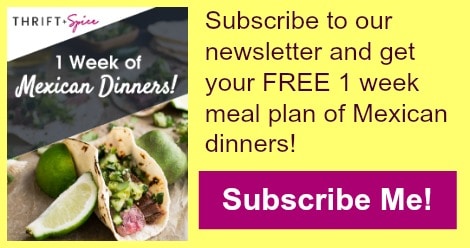 I served these to my little girl and she absolutely loved them.

She made a sticky mess with them but she loved them and that made me happy. 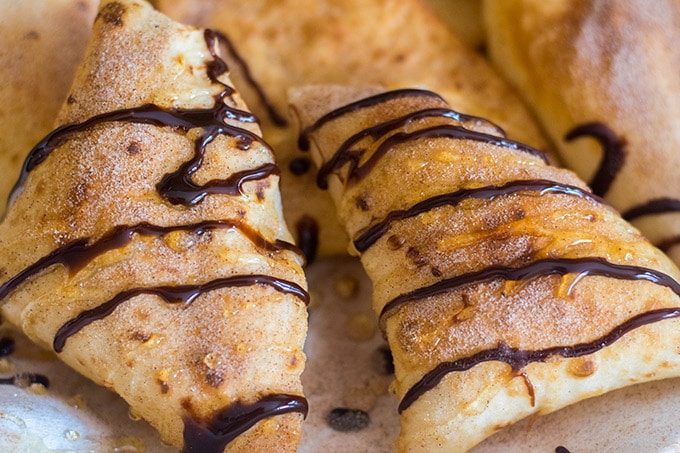 I hope you all also enjoy this quick treat. Thank you once again for visiting, I will see you soon! 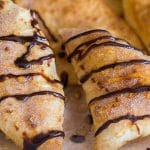 This easy sopapilla recipe is made using flour tortillas. It's a quick and delicious treat that you can whip up in no time!

I skip the honey and drizzle butter before the cinnamon and sugar mix. So delish!

This is EXACTLY how we made them at Pancho's Mexican buffet when I was in high school. Bite off a corner & drizzle your your honey inside!

[…] use your favorite bottled one. If you still have flour tortillas left over you can make these easy sopapillas as a dessert. They also take only minutes to make and kids love […]

Can i make these with raw flour tortillas?

Love this recipe. 5 stars from me because it's easy and simple make.