This sofrito recipe is going to change your life!

It is so flavorful and is used in many Latin American dishes.

You’ll wonder how you ever cooked without it!

Sofrito is very easy to make.

I like to make a big batch and freeze it for later use.

I had no idea what sofrito was until one day my friend made some stew and I was blown away by how flavorful it was.

I asked her what was in it and she told me it was sofrito.

Since then I’ve been obsessed with sofrito.

It adds so much flavor to my food!

Sofrito is a sauce made of herbs, onions, garlic and different kinds of peppers.

It is very popular in Latin American cooking.

What do I use sofrito for?

It is used as a flavoring base for many popular recipes such as arroz con gandules, black beans, caldo de res and many others.

How to Make Sofrito

Make sure to rinse the cilantro, parsley and peppers.

Then chop up all the ingredients except for the garlic.

Now transfer the ingredients to a blender and blend.

You can add a very little bit of water if necessary to start the blending process.

You can blend the sofrito in two batches if your blender isn’t big enough.

After blending I like to transfer the sofrito to freezer safe zip loc bags.

I freeze mine so it lasts longer.

I really like having homemade frozen sofrito in the freezer that way I don’t have to go through all the work of chopping and blending the ingredients.

It’s a great idea to freeze the sofrito in small portions that way you don’t end up defrosting more than you need for a recipe.

It’s so much better than storebought.

Give it a try and let me know what you think.

If you enjoyed this recipe please give it a rating below.

Thank you for visiting! 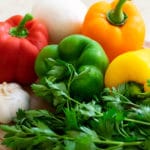 Sofrito is a delicious sauce made of herbs 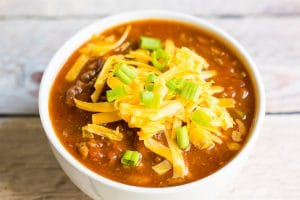 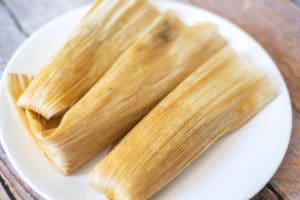 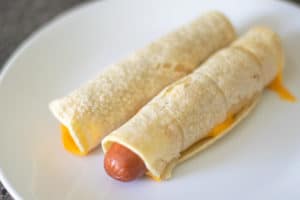