Today I’m going to show you how to make arepas.

Arepas are super popular in Colombia and Venezuela, they are delicious corn patties that can be opened and stuffed with pretty much anything you can imagine.

They can be eaten during anytime of the day be it breakfast, dinner or even as a snack. If you like arepas then you’ll have to give pupusas a try next!

I’ve heard a lot about arepas from some lovely ladies from Venezuela and Colombia that I met at church.

They sounded so yummy and simple that I decided to try them out myself.

And as I expected they are freaking amazing.

I like to make big batches to store in my refrigerator for the week.

They’re usually gone before the week is over though.

I love my arepas stuffed with cheese. It’s simple yet very satisfying.

Beans, shredded meat, and tuna could also be stuffed in the arepa.

As you can see they are very versatile.

However you choose to enjoy your arepas they are sure to be delicious!

You will need a bag of this P.A.N. in order to make them.

I found some at Kroger.

You could also find it at any hispanic grocery store.

One of my Colombian friends let me in on a little secret of hers.

She says adding one teaspoon of sugar to the water gives it a better flavor.

At first I was making them without the sugar but I tried it her way and she was right!

How to Make Arepas

Follow the instructions on the back of the package.

Don’t forget to add the sugar to the water!

Mix until you have a smooth dough.

You can use a tortilla press to flatten these but I didn’t feel like getting mine out.

So what I did was put it between two sheets of plastic from a ziploc bag.

Then I used a heavy pot to flatten them.

Don’t flatten them super thin because we have to open them later to stuff them.

If they’re super thin it will be difficult to open them without them breaking.

Cook the arepas on a lightly oiled skillet over medium heat for about 5 minutes on each side.

It’s important not to cook them on very high heat because then the outside of the arepa would be cooked but the inside would be uncooked.

By cooking them on medium heat for about 5 minutes the inside of the arepa has time to cook properly while the outside browns a little.

The arepa should look something like this after flipping. Now let the other side cook.

I use a large cast iron skillet so I’m able to cook 2 or 3 arepas at a time which is a big help.

Add a little more oil to the skillet as you go to help prevent the arepas from sticking.

After they’re done let them cool down on a plate for about 10 minutes or until they are no longer hot to the touch.

Once they’re cooled down take a knife and split them open carefully.

Stuff with your favorite fillings.

My favorite is simple.

Just some melty mozzarella cheese. I also I have a cheese arepas recipe that combines the cheese into the arepa dough.

Then I put it back on the skillet over medium heat for a couple minutes on each side until nicely melted.

If you’re feeling brave try it with some salsa macha. It’s insanely delicious!

I really hope you have enjoyed this post on how to make arepas.

Arepas have become one of my favorite things to make this year.

My husband and I really enjoy them!

I hope you will too!

Don’t forget to join the Latin American Foodies Facebook group where you can share photos and recipes of the delicious food you make at home!

Also don’t forget to rate this recipe below! Thank you so much for reading! Until next time! 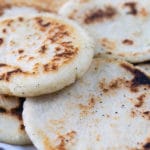 how to make arepas

Arepas are a delicious and popular food in Colombia and Venezuela. Once you try them you will see why. 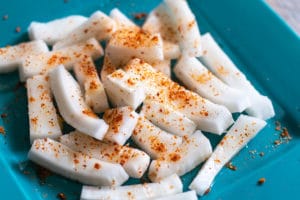 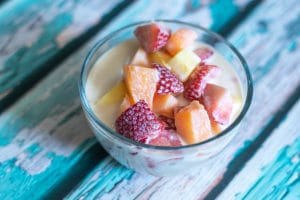 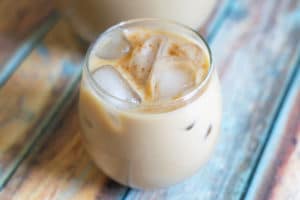